What is employee activism?

If you live in the USA, no doubt you have noticed the increasing ideological divide: conservativism verses liberalism. It has been trending this way for some time but what is new, is how pronounced it is today. Consider this chart from the Christian Science Monitor. It depicts the political divide between liberals and conservatives from 1994 to 2017. 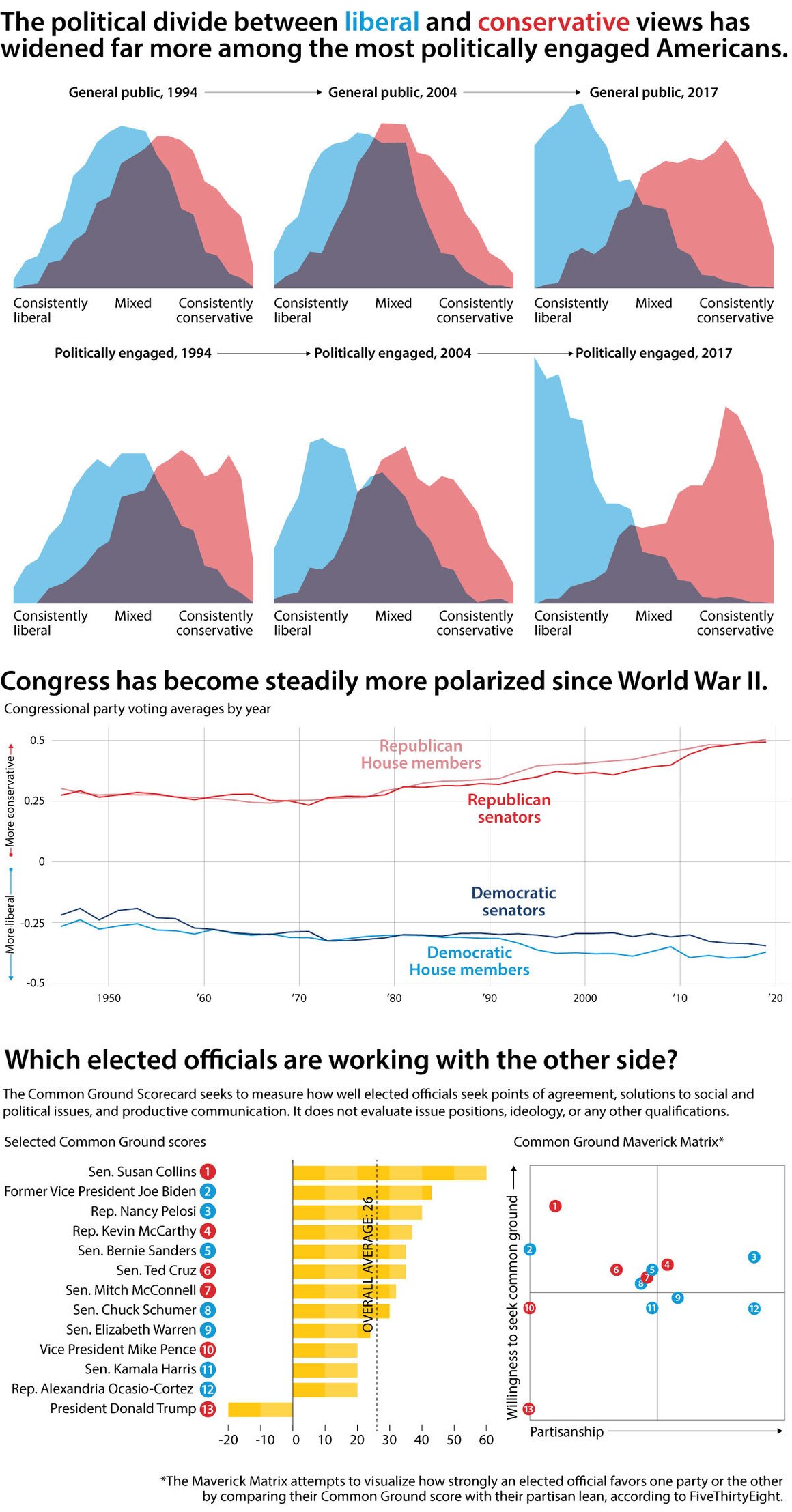 How did we get to this point? Well, it actually began before the 1990’s. According to this 2017 research article – “Greater Internet use is not associated with faster growth in political polarization among US demographic groups,” social media did not increase the ideological differences. To quote…

In the 2016 election, President Trump was most popular among demographic groups least likely to use social media. According to our calculations, Mr. Trump gained support relative to Mitt Romney among non-internet-using voters, but actually lost support among internet-using voters. An analysis by the media researchers Keith Hampton and Eszter Hargittai likewise finds that Hillary Clinton’s supporters were more likely to use Twitter and Reddit than Mr. Trump’s supporters.

And polarization was climbing steadily long before the rise of social media. In our study, we find it has been growing since the 1980s — long before the internet, let alone Facebook or Twitter, became popular choices for media consumption. We see no clear increase in this trend in the period when digital sources were introduced.

I think their assertion was true for that moment. I think things changed as social media became more prevalent in our lives and people began sharing more of their political opinions. A 2012 Pew study touched on the phenomenon as something that was here to stay. Check out this quote from C|Net:

A recent research report from the Pew Internet & American Life Project says that "the use of social media is becoming a feature of political and civic engagement for many Americans." Sixty percent 2,253 U.S. adults surveyed use social-networking sites including Facebook and Twitter, and of these users, 66 percent have conducted either civil or political activity through this communication channel.

All in all, it appears that users with the strongest party or ideological ties are more likely to use social media for a political or social purpose -- Republicans and Democrats often using the global networks to share political content, "like" something, or try and raise awareness or share their opinion online.

Younger users are more likely to share their political views, belong to an online political group, encourage others to take action and post political or social material than social media users aged 50 or above.

The American fascination with politics does not restrict itself to a vacuum; its effects spill over into various aspects of life, most notably – work. The Society of Human Resource Managers (SHRM) produced a “Politics at Work” survey in 2019 which found “nearly 1 in 5 Americans have quit a job in the past five years due to toxic workplace culture—costing U.S. companies $223 billion in turnover.” What can drive toxicity in the workplace more than disagreements over politics? Consider this data from said survey:

Discussing politics in the office is something we have warned about in our TribeTV series.  It isolates workers and stifles productivity among other things. Now there is one more consideration to be had, a new trend that is raising justifiable concern among HR leaders and the C-Suite – “Employee Activism.”

What is employee activism? There may be better explanations out there but I define it this way, “employee activism is when workers protest the business practices of their employers.” This is not to include whistle blowing of something illegal. The catalyst of the rebellion is typically on ideological grounds. Recently, more than 200 Google workers have unionized to address a wide range of issues. The NY Times reported this:

The two of us are software engineers, and we were recently elected executive chair and vice chair of the Alphabet Workers Union, a group of more than 200 workers in the United States who believe our company’s structure needs to change.

For far too long, thousands of us at Google — and other subsidiaries of Alphabet, Google’s parent company — have had our workplace concerns dismissed by executives. Our bosses have collaborated with repressive governments around the world. They have developed artificial intelligence technology for use by the Department of Defense and profited from ads by a hate group. They have failed to make the changes necessary to meaningfully address our retention issues with people of color.

Most recently, Timnit Gebru, a leading artificial intelligence researcher and one of the few Black women in her field, said she was fired over her work to fight bias. Her offense? Conducting research that was critical of large-scale A.I. models and being critical of existing diversity and inclusion efforts. In response, thousands of our colleagues organized, demanding an explanation. Both of us have heard from colleagues — some new, some with over a decade at the company — who have decided that working at Alphabet is no longer a choice they can make in good conscience.

This is only a recent example. Consider these occurrences:

And those are just the tip of a very large iceberg! Research proves it. Weber Shandwick partnered with KRC Research to conduct an online survey in March 2019 among 1,000 employed American adults. The employees surveyed all worked full-time and in organizations with at least 500 employees in a variety of industries and at different job levels. Some of the key findings were:

So, how are companies dealing with this trend? Some companies are being proactive in their approach. On August 19, 2019, the Business Roundtable, an association of the top CEOs in the U.S. published its “Purpose of a Corporation” which was signed by CEOs representing 181 Fortune 500 companies declaring that corporate goals were now to provide value to customers, employees, suppliers, local communities and stockholders. The statement reversed a decades-old trend of serving the interests of shareholders first and foremost. A quote from the manifesto says this…

And when it comes to addressing difficult economic, environmental and societal challenges, these companies are starting in their own backyards – partnering with communities to provide the investment and innovative solutions needed to revitalize local economies and improve lives.

Some companies are soliciting ideas from their employees, implementing them and celebrating them. Take for example how Johnson and Johnson met its citizenship and sustainability goals or how Salesforce’s founder and co-CEO Marc Benioff “lead two employee movements against a pair of controversial pieces of legislation in Indiana and Georgia, and pushed for a “homeless tax” bill in San Francisco to mandate tech companies, like his own, pay higher taxes to help address the Bay Area’s homeless crisis” (according to the Observer).  As positive as these reactions are to the trend of employee activism, not all corporations are following likewise. While Amazon has been heralded for some of its corporate social responsibility initiatives, they have been under fire lately for their deterrence of Unions. Check out this quote from CNBC.

CNBC previously reported that Amazon posted a job listing for two intelligence analysts who could monitor “labor organizing threats” and other sensitive topics, and report their findings to “internal stakeholders, up to and including executive leadership.” Amazon later deleted the job listings and said the job descriptions were inaccurate.

Amazon attracted further scrutiny earlier this month after Recode reported that it sought staffing and funds to buy software that would help it better analyze and visualize data on unions, called the geoSPatial Operating Console, or SPOC. In September, Vice reported that Amazon’s HR department appeared to be monitoring employee listservs that were hotspots for employee activism. A separate Vice report found Amazon corporate employees were monitoring closed Facebook groups used by contracted Flex drivers to track planned strikes and organizing activity.

Amazon has denied that these programs were designed for detecting and curbing union activity. But despite its assurances, some warehouse workers say they view surveillance and the potential for retribution as a threat to unionization efforts.

It seems to me that the best response to employee activism is to view it as something that can positively enhance your employer brand. It would seem to be in the overall best interest of the company to understand the perspectives of your workers, promote a sense of transparency with your workers and live by the standards set in your company values. Moreover, I would think it prudent as well to have a candid conversation on why mob rule might not result in the best consequences for all. For example, NBC news reported, “Dozens of Microsoft employees have signed a letter protesting the company’s $480 million contract to supply the U.S. Army with augmented-reality headsets intended for use on the battlefield.”

I do not know the specifics on what happened next but if Microsoft turned down that deal due to internal pressures, how did it affect their ability to hire new workers, promote existing workers, pay their healthcare benefits or make investments in ventures that could result in more jobs?  Would they have to lay people off as a result? Would they have to close some facilities? And if so, would those who protested Microsoft’s involvement with the DOD be morally satisfied in their unemployment or the job losses of their co-workers? (Even those who felt differently or were indifferent to the matter?)

In some cases, I think it's good to adhere to internal pressures and in others, it's best to push back for the greater good of all who work for a company or seek to continue working there.  No Microsoft employees are forced to work for Microsoft indefinitely, there are other opportunities. Likewise, Microsoft (or any company for that matter) cannot exist without a dedicated workforce.

The world of work is developing into a delicate balance where in addition to meeting the requirements for the job, a degree of politicking is also expected; in the C-suite and increasingly within the working class. The companies who will thrive in the days to come are the ones led by politicians who also happen to be CEOs. 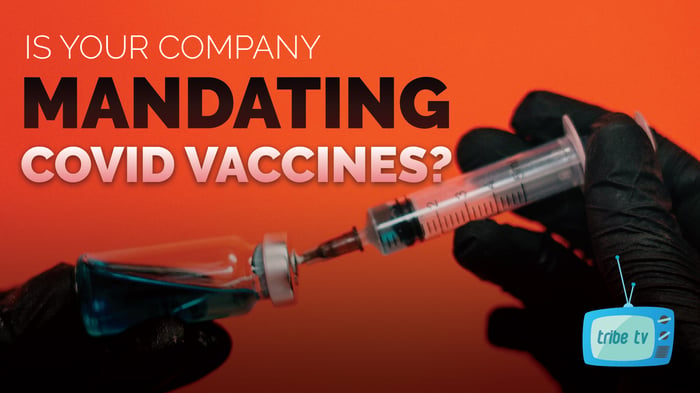 If you live in the USA, no doubt you have noticed the increasing ideological divide: conservativism verses liberalism. It has been trending this way for some time but what is new, is how pronounced it is today. Consider this chart from the Christian Science Monitor. It depicts the political 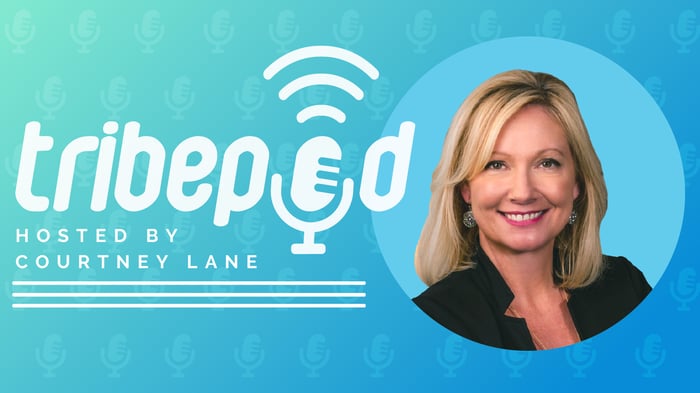 TribePod: How To Find Business Behaviors That Matter Most

If you live in the USA, no doubt you have noticed the increasing ideological divide: conservativism verses liberalism. It has been trending this way for some time but what is new, is how pronounced it is today. Consider this chart from the Christian Science Monitor. It depicts the political