Hiring Veterans: Is it right for you and what’s the secret? 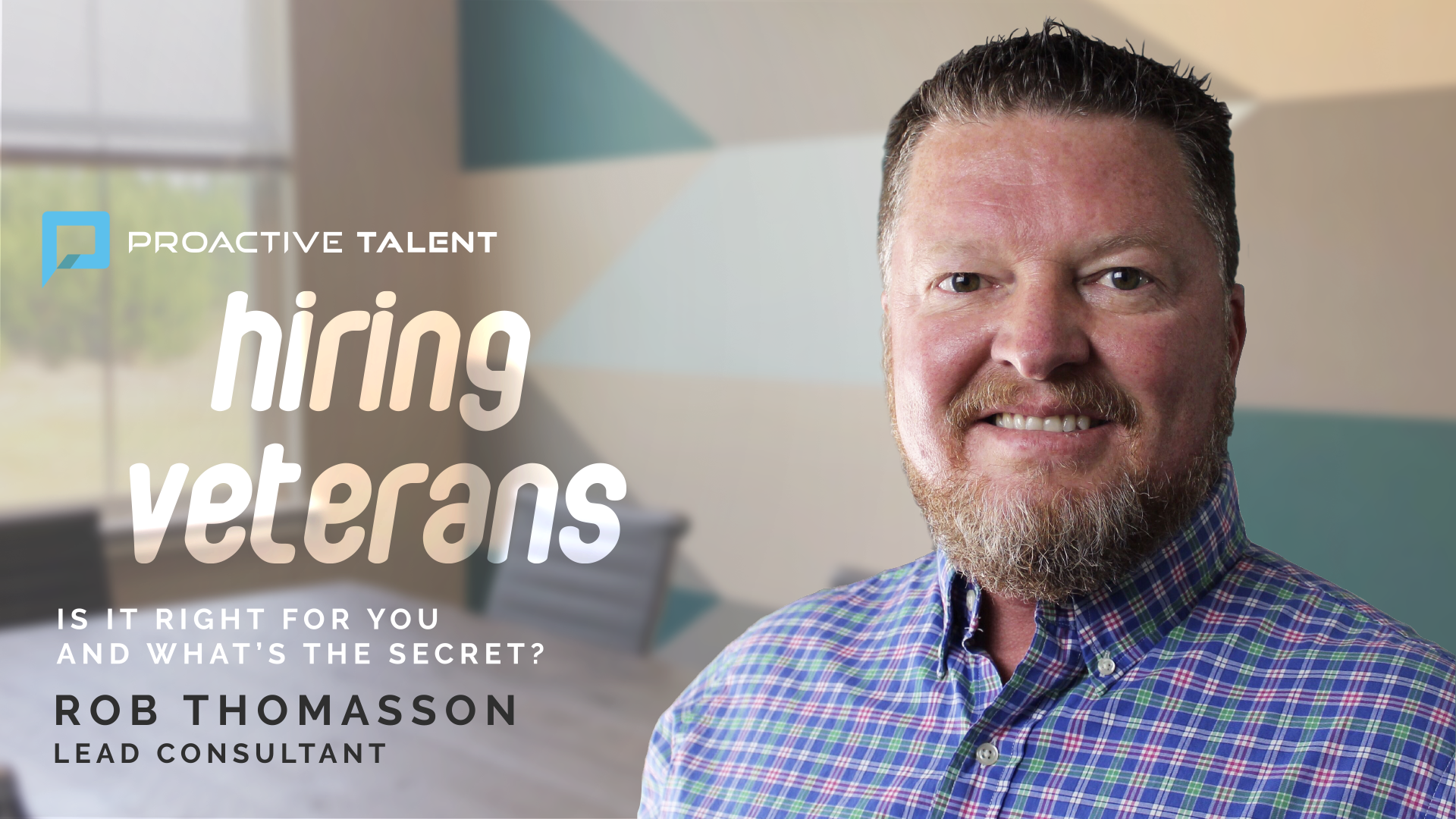 My name is Rob, I’m an Air Force Veteran, and I’m going to share with you some ins-and-outs of recruiting veterans and why it’s beneficial for your company.

A little about me

I was twenty years old when I joined the Air Force. They told me to get on a plane, go to San Antonio, and for the next 22.5 years I was told where to go, when to go there, and what I was supposed to wear. My whole life was scripted for me.

It was essentially like I joined a really bad-ass cult. 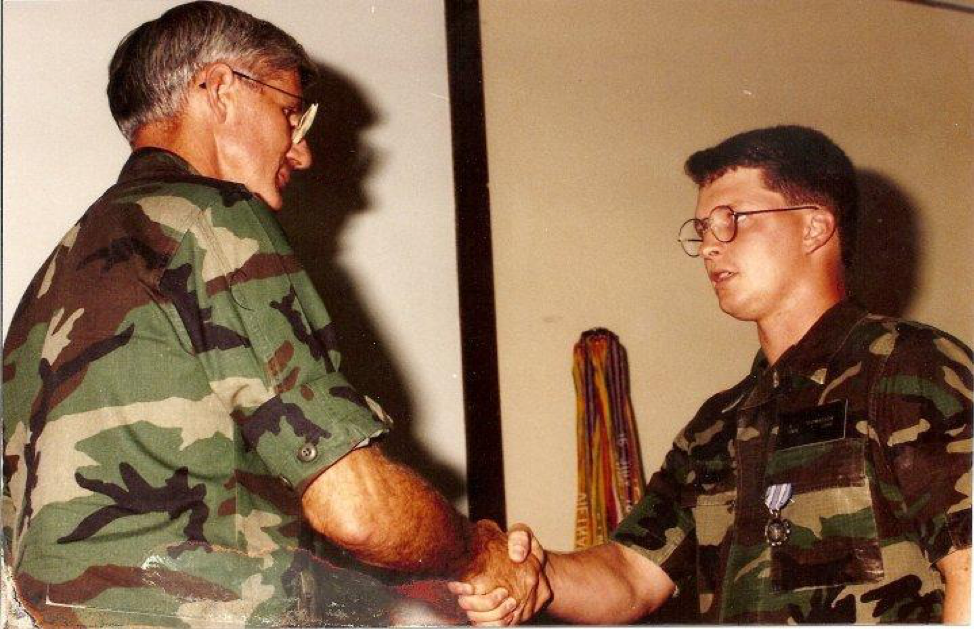 At the height of my military career, I was the Operations Flight Chief for the 369th Recruiting Squadron. I was responsible for supporting fifty-five Recruiters covering 1.8 million square miles. That’s not a typo. I created policies and procedures, tracked and reported on multiple programs, and lead a team of fourteen to make it happen.

Fast forward to November 2013, I decided to start the next chapter of my life and join the civilian world.

I completed my resume as well as my LinkedIn profile and started applying for positions. Transitioning to civilian life is going to be epic!

That’s what I thought, then reality set in...hard.

In just a few weeks I went from the “king of the world” to questioning every decision I made. I was lost and I learned what anxiety felt like on a grandiose scale.

I looked at the positions and jobs my veteran friends were taking. It seemed that the skills they had, that I had, weren’t being utilized to their full potential by companies.

This wasn’t the “epic” transition I hoped for.

Civilian life was 180 degrees different for me. The last time I interviewed for a job, there was no such thing as the internet. Now, I need an electronic version of everything and I have to translate 22+ years of experience into basically another language: civilian.

Luckily, I found a position in the civilian world that allowed me to work with veterans who were going through the types of issues as I was and it gave me some perspective on things that were stifling their opportunities.

Here’s what I learned: 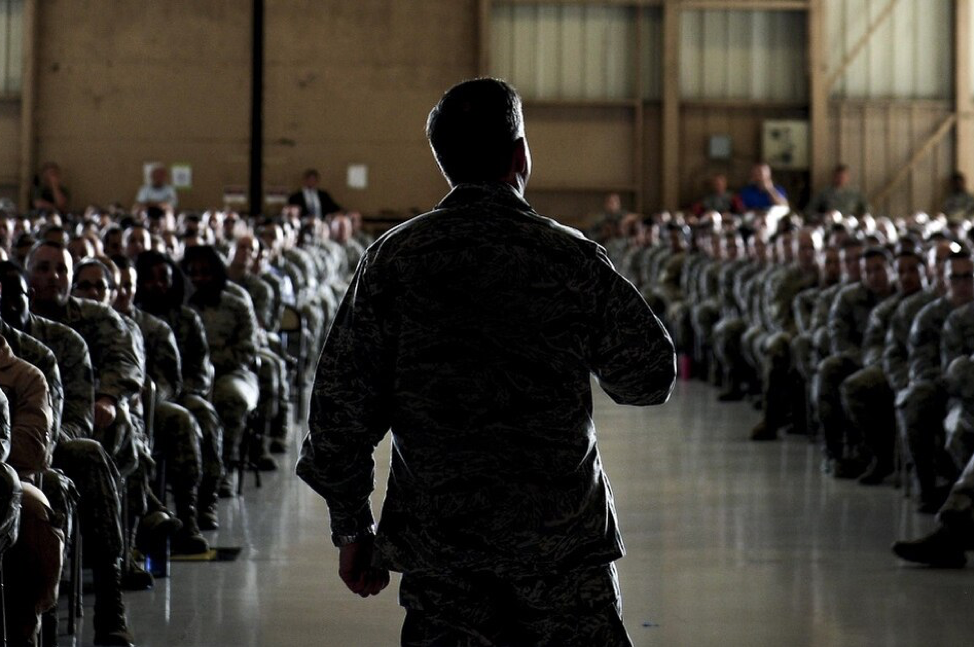 From day-one, all military members are immersed in leadership training that instills quality character. The Air Force has three specific Core Values.

These values, though worded differently, are intrinsic across all military branches and help shape our leaders. It’s probably the easiest thing that can be translated into the civilian world and is something companies understand.

Yes, each branch's core values are easy to translate; however, it can be difficult to translate specific skills and experiences into company job descriptions. For many veterans, this task may seem harder than leading any men or women into battle. The solution? Talk to them. They can provide the knowledge, skills, and abilities that you seek.

They have the skills

The military is the only organization that will put a twenty-something-year-old in charge of hundreds of thousands of dollars worth of equipment. Not only are they responsible for expensive equipment, but they know how to apply the technology in unique and flexible ways.

For example, before joining the Air Force, my son-in-law had never worked with computers. Ever. He got an IT job in the Air Force, now has a bachelor's degree, and is the lead IT tech for the entire B-2 school, where they teach pilots to fly the world's most sophisticated bomber. That type of experience shouldn’t be overlooked.

The military utilizes the same technology as the civilian world; however, we have fewer people, so our techs must have an in-depth understanding of how the equipment works to be able to handle a multitude of issues. Implementation, troubleshooting, and solutions are generally the responsibility of the same person.

They add value when it comes to complex situations that many civilians can’t even imagine and can provide different approaches to scenarios, offering a unique diversity to ideas.

How to talk to vets

Military members, most of the time, come with a laundry list of “baggage” that civilians are flat out scared of. Since 1990, the United States Military has CONTINUOUSLY been involved in conflicts on foreign shores. Read that last sentence again.

Technology, medicine, and military training are constantly improving to keep our Soldiers, Sailors, Airmen, and Marines alive. That means we have more of our members who are still around, which is awesome. Sadly, we have more veterans with physical and mental injuries than ever before. Many companies fear these visible and invisible injuries. So remember, understanding limitations and specific needs of the individual is very important. 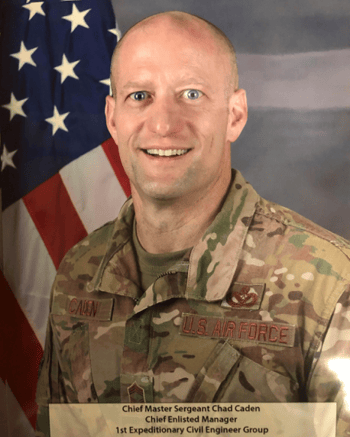 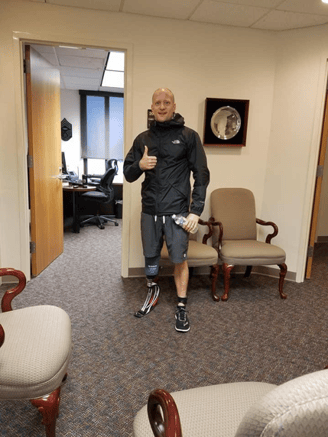 Chief Master Sergeant Chad Caden is still serving on active duty and is a proud Wounded Warrior. Chad is a personal friend and one of the most dynamic leaders I’ve ever met. His “never quit” attitude is an example of what veterans can bring to the table.

About 1% of the U.S population has served, which means It’s a lifestyle completely foreign to 99% of the U.S. Curiosity is completely normal and many people just want to express their sincere “Thanks” to veterans. That’s cool and appreciated. Just don’t be the guy who asks: “Were you ever over there?” or “Did you see action?”

Those are no-no questions.

Military lingo exists in a world of its own and at times can cause communication breakdowns. Often times civilians don’t know what to say to veterans and sometimes don’t even know what veterans are saying. Fear not, these barriers can easily be overcome.

I offer insight to interviewers that opens a candidate pool that provides an almost endless supply of highly qualified applicants. I advise interviewers that: communicating with civilians is a learning curve for veterans just like communicating with veterans is a learning curve for them. The most important thing to remember is that they’re people just like you.

Senior Master Sergeant Michelle Lafferty (center) with her cadets learning about civil engineers in the Air Force. Michelle served as an instructor for the Field Engineering and Readiness Laboratory that trained cadets prior to their commission as Air Force Officers.

Veterans have years of practical experience on multiple platforms. The military branches have both a war and peacetime mission, and our training is geared specifically for when you must make the best decisions in an instant.

We add a level of education, experience, and community that companies are trying desperately to replicate on a daily basis. Overall, veterans make companies better. Sometimes it means meeting them halfway and doing a little extra work to understand their skills and their story, but the reward is worthwhile. 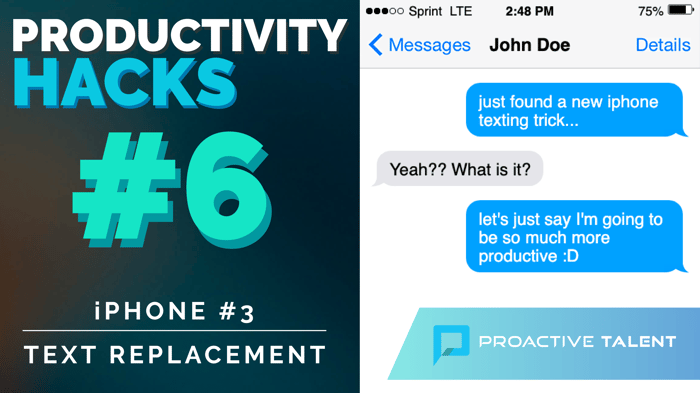 Save time with this texting shortcut! | Productivity Hacks: iPhone #3 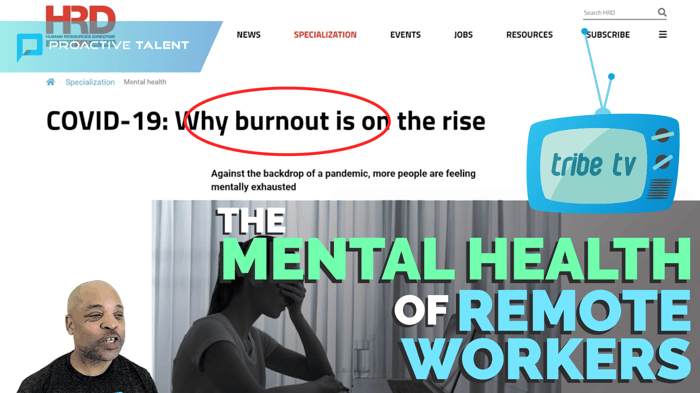