These are interesting times.

Politics in society has been polarizing communities, cities, and the world. It is little surprise that it also affects the office. There have been multiple reports of employees using their influence to steer their employers towards some political agenda and I suspect that the trend will intensify as we approach the 2020 presidential election. Here are just a few of the major stories I have noticed recently.

Facebook employees walk out in protest of Donald Trump’s posts

Dozens of Facebook employees staged a virtual walkout on Monday in protest of the company’s decision not to take action against incendiary posts by President Donald Trump last week, according to The New York Times. The virtual walkout comes on the heels of a decision from Facebook not to take any action against a series of controversial posts from Trump last week, including one that seemed to threaten violence against protestors by saying, “when the looting starts, the shooting starts.” Twitter determined that the same message violated its rules against the glorification of violence last week, limiting the ability to view, like, reply, and retweet the post on its platform. 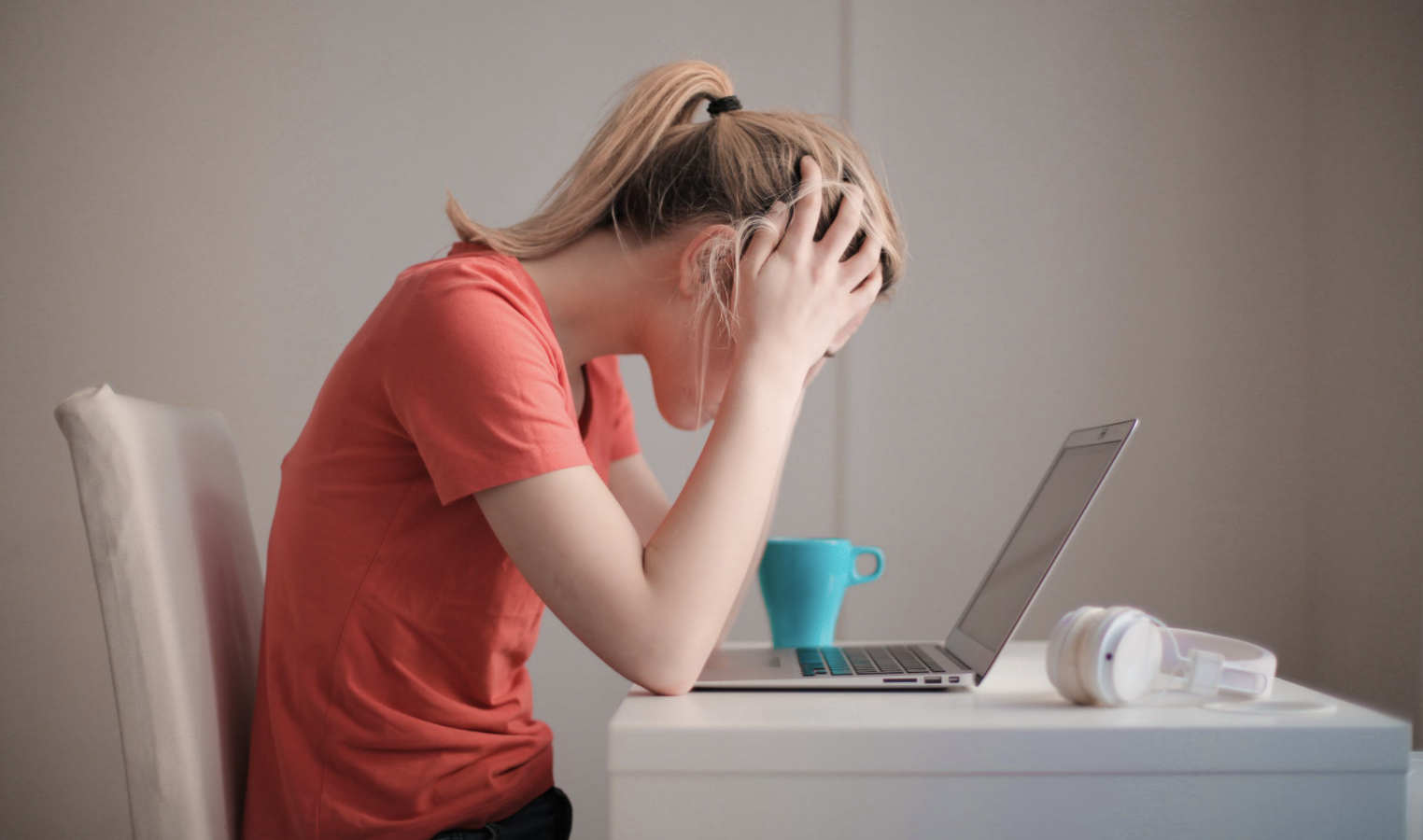 In an article from Motherboard, Timothy J. Aveni explicitly linked his resignation to Facebook’s refusal to act on posts from Trump.

A Facebook software engineer publicly resigned in a LinkedIn note Monday over the company’s handling of President Trump's calls for violence on Facebook. The resignation letter has since gone viral on LinkedIn, with more than 39,000 reactions. The news is part of a shift at Facebook. Traditionally, employees have voiced their concerns about Mark Zuckerberg's leadership internally, but they have rarely broadcast those views publicly. That has changed this week, with the public resignation, a "virtual walkout," and outspoken social media posts from current and recently-departed Facebook employees.

Over at Oracle, employees stop work in protest of their CEO’s politics. To quote Bloomberg…

People left their desks Thursday at Oracle offices around the world to protest Chairman Larry Ellison’s fundraiser a day earlier for President Donald Trump, according to people familiar with the matter. The protest, called No Ethics/No Work, involved about 300 employees walking out of their offices or stopping work at remote locations at noon local time and devoting the rest of the day to volunteering or civic engagement, said one of the people, who asked not to be identified for fear of retribution.

Ellison drew employee ire that most didn’t know existed at Oracle. News of the fundraiser for Trump’s re-election campaign at Ellison’s home in Rancho Mirage, California, spurred a petition at Change.org from some of the company’s 136,000 employees. The workers argued the chairman’s public support for Trump violated Oracle’s diversity, inclusion and ethics policies, and harmed the image of the world’s second-largest software maker. 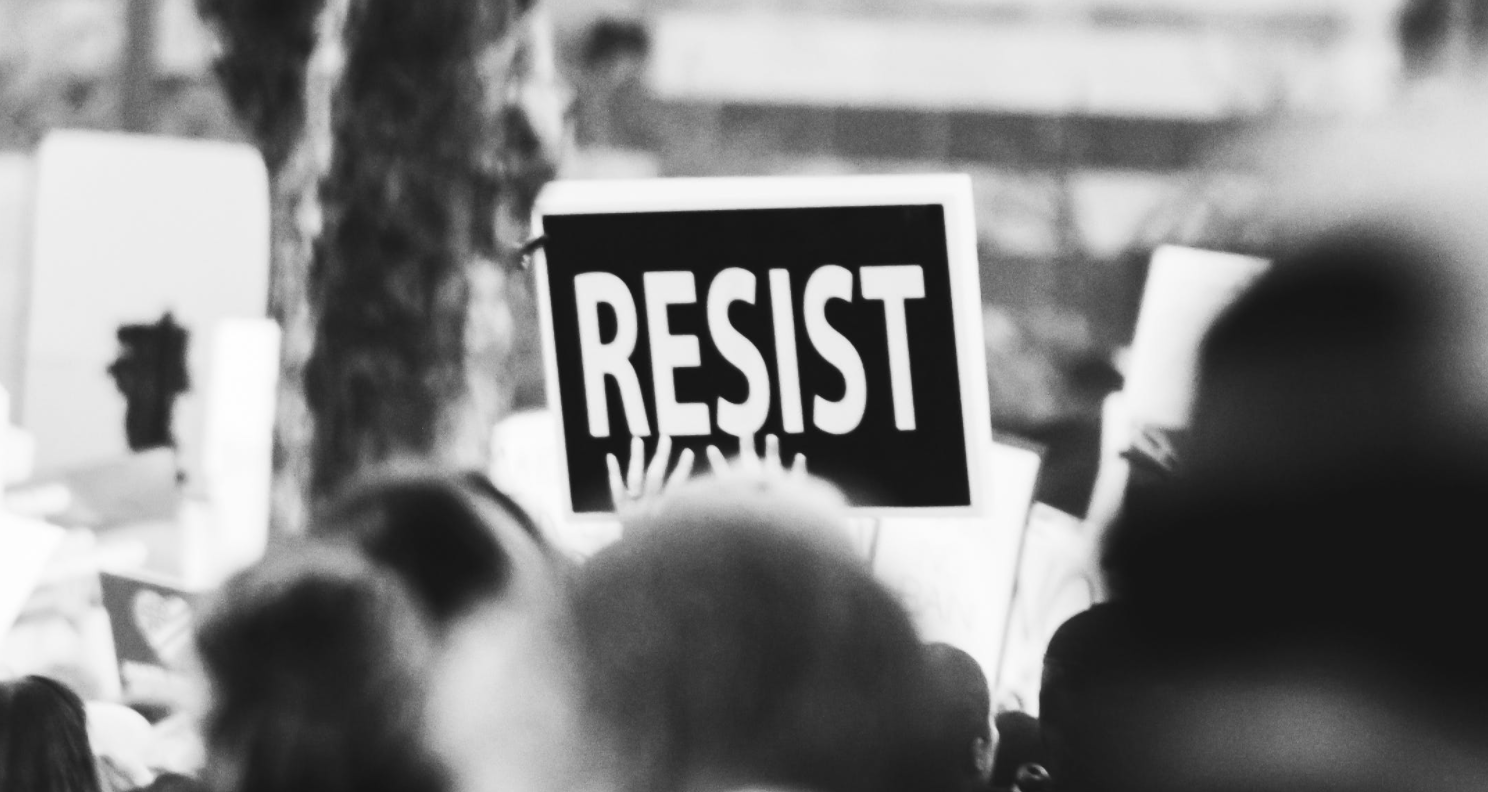 The New York Times reporters staged a walkout in protest over how their paper covered an opinion piece.

New York Times staffers protested a Tom Cotton op-ed they said puts Black Americans in danger. Philadelphia journalists walked off the job after the Inquirer ran the headline "Buildings Matter, Too" in response to protests. Newsrooms appear ready to boil over with continued internal protests.

And while walkouts are trending among tech companies, racial politics are not always the catalyst. Amazon employees have been threatened with termination if they share a contrary opinion on Amazon’s environmental policies. GeekWire reports…

More than 350 workers criticized Amazon’s contribution to climate change Sunday in a Medium post, violating corporate PR rules that prevent employees from discussing company business without approval. It’s the latest example of tech workers leveraging their position as valued assets in a tight labor market to pressure their employers on political issues. Employee activism in the tech industry is creating new challenges for corporations trying to balance business interests with the demands of the employees they’ve invested heavily in recruiting and retaining.

The advocacy group Amazon Employees for Climate Justice published the statements to show solidarity with two employees who say they were threatened with termination. Amazon’s human resources department told the employees their jobs could be in jeopardy if they continued to violate the communications policy by speaking publicly about Amazon’s carbon footprint.

And while these stories have garnered some national attention, they are only the tip of a very large iceberg. A cursory search on DuckDuckGo reveals a plethora of search results pointing to a definite trend. People on both sides of the proverbial aisle are passionate about the politics of the day and are willing to risk their livelihoods to express themselves. 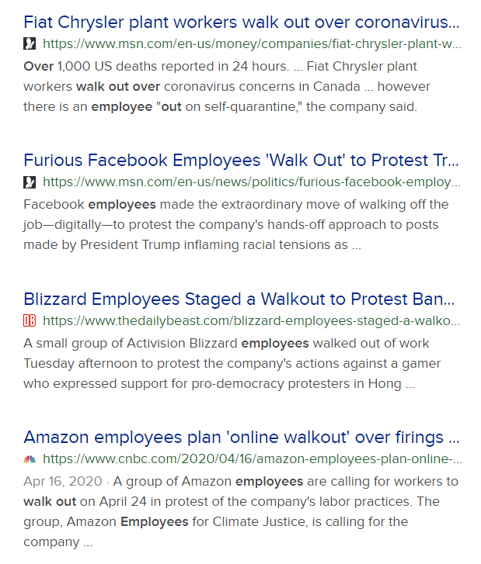 In consideration of all the apparent volatility, one would think that frank discussions in a safe place would do much to quell potential dramas in the workplace. If that is your thinking, consider recent developments at LinkedIn. They held a virtual global town hall meeting to address the protests and civil unrest related to the George Floyd murder. The open discussion did not go as management had hoped.

The Daily Beast reported, “Throughout the meeting, which was conducted by video chat and featured a sidebar where employees could leave comments, several anonymous staffers shared opinions echoing the detractors and skeptics of the Black Lives Matter movement. These commenters criticized LinkedIn’s position on diversity hiring, equating such practices with racism against white people.”

Some of the thoughts expressed included the following:

Those comments and others similar to them sparked outrage within the company who saw the expression of those feelings as racist and disturbing. Some of the reactions were as follows…

This phenomenon strikes me as especially curious for two reasons. Pre-COVID-19, we had historically low unemployment in the United States. Taking such a stance, especially in the tech industry, was not as risky as it is now when we have unprecedented unemployment. And while recent job numbers suggest a rebounding economy, as a country, we are not out of the woods yet. There is still a fervor for some to put their employment potential at risk. What’s even more disturbing is the likelihood of it impacting hiring practices. 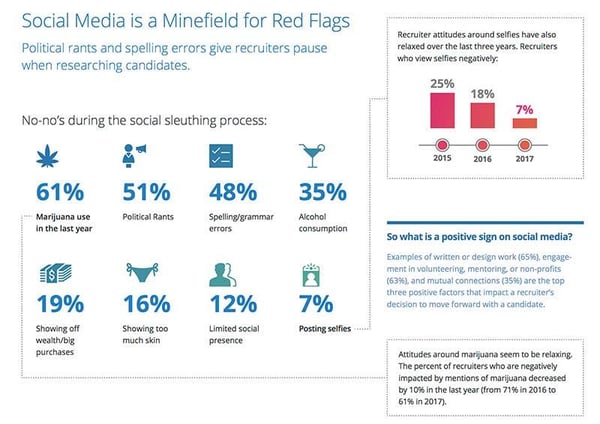 The 2017 Recruiter Nation Report produced by Jobvite, a recruiting software company, breaks down recruiters’ attitudes, behaviors, fears, strategies, and predictions for how to build the best companies possible. Among the survey findings was something I found a bit… startling.

When recruiters are researching candidates for opportunities, 51% of the 831 US recruiters surveyed saw political rants on a candidate’s social media as a red flag. Should someone’s political affiliation be a matter of concern when recruiting talent? Apparently, many US recruiters thought so then, and I think it’s a reasonable assumption that they think so today.  As we draw ever closer to a Presidential campaign, I see the issue being even more pronounced.

When I initially read that report from Jobvite, I was inspired to conduct my own unscientific poll on Twitter. The question I posed was this, “RECRUITERS, have you ever turned down a candidate based on political beliefs you found on social media?” 21 recruiters responded, and 29% of them said yes, which I thought was pretty high for such a low number of respondents. I also solicited comments from my network of recruiters, and many responded openly, others privately. This is what some had to say: 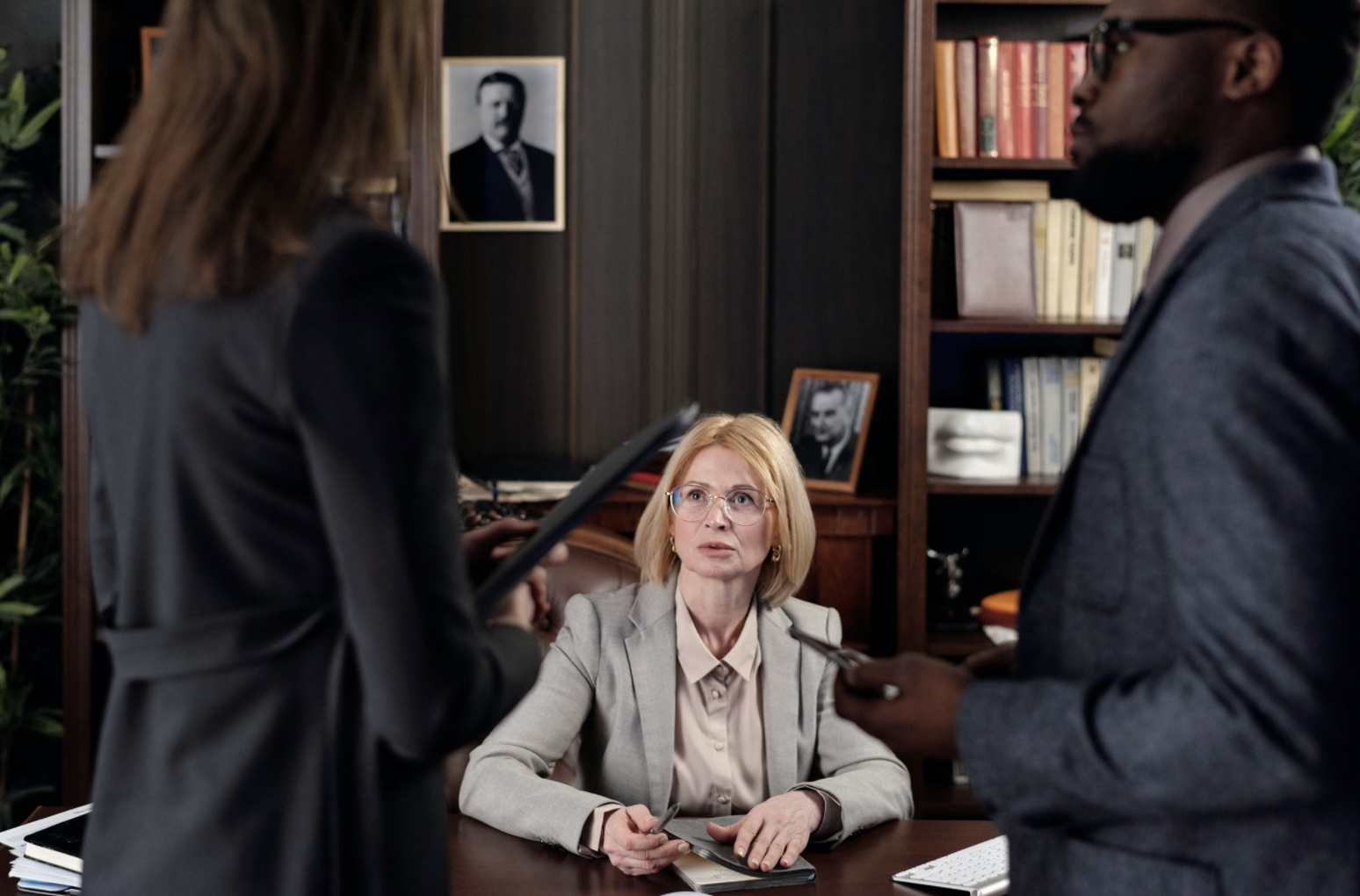 Political sentiment can have a profound effect on hiring practices and the health of an enterprise. Pre-Coronavirus, I would discuss all sorts of matters with business executives I encountered at meetings and conferences. Once they realized that I could be discreet, they would vent about things considered taboo. Case in point, during such a discussion, a televised report of a political protest on a college campus caught our eye. The volume was down, but the headline made it clear that simply wearing a “Make America Great Again” hat was enough for one student to attack another physically.

“What happens if I hire one of those students?” the person asked me. “And what if one of my customers is a Trump supporter who likes to wear a MAGA hat or button? Do I have to worry about someone suing my business because one of my workers cannot control themselves? What if they are not violent but decide to engage in political debate and offend my customer, and as a result, I lose business, and now I have to lay people off?”

Although I did my best to comfort him and dissuade his fears, I had to admit that his concerns were totally valid. I remember back in 2016 how Bloomberg reported a significant drop in restaurant receipts, the most since 2016. Some analysts put the blame on hurricanes that happened near that time whereas others pointed the finger at politics. If you do a search on “refused service due to MAGA hat,” you will find a LOT (and I do mean a lot) of search results.

Here are just a few of the headlines…

The fact that recruiters deny opportunities to potential candidates, and some customer service personnel (pre-Coronavirus) have refused service to Trump supporters, how long before the violence targeting Trump supporters in the outside world enter the workplace? And although so many of American workers are operating from home, studies have shown that workplace bullying has been on the rise. So, all of this has me wondering, and I hope you as well, is my workplace a “safe space,” free from bullying of all sorts? 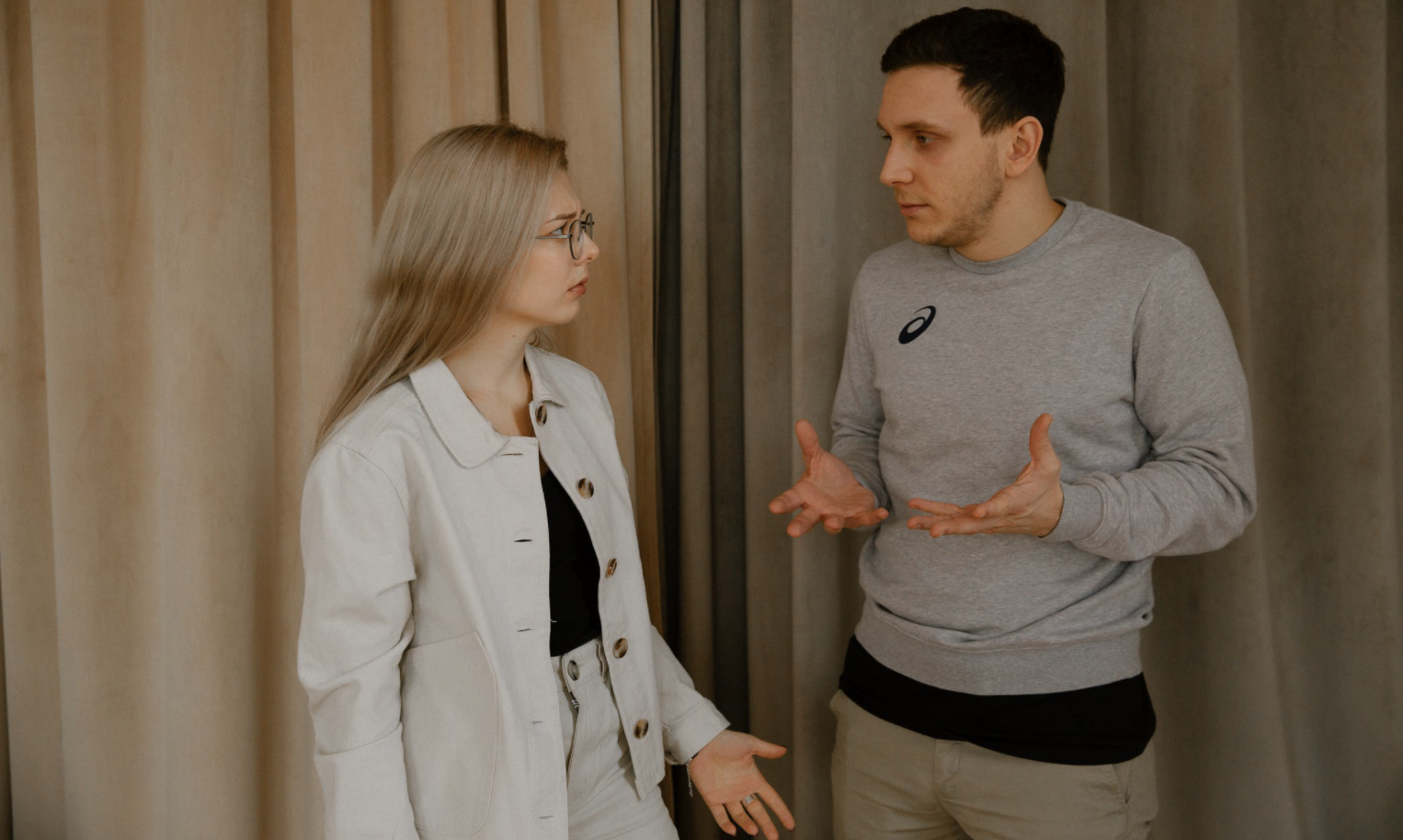 As a manager or HR professional, you likely want to ban all political discussion in the workplace to limit a lot of potential headaches; unfortunately, you cannot. My understanding is that employees have the right to engage in political conversations because the National Labor Relations Board classifies such discussion as a "protected concerted activity." However, you can intervene when discussions become disrespectful or distracting to avoid being construed as a hostile work environment. And nobody wants that. Managers can also step in if political discussions are impeding productivity; so, there’s that. Discussing politics during lunch breaks, sorry managers, your hands are tied; grin and bear it. All that being said, I am not an expert on employment law in your state (or any other state for that matter). So, my suggestions should not be regarded as legal advice.

Now concerning workers, I would offer up three considerations:

In conclusion, I would like to address all political parties consuming this content now and offer this very solid advice. Buckle up, the 2020 Presidential election is coming soon. It will be a bumpy ride.

ADDITIONAL COMMENTS FROM MY SURVEY

Comments
Next Post Too many tabs? Don't sweat! | Productivity Hacks
Previous Post Tribe TV: Don't Discuss Politics in the Office! (This is why...)

Tribe TV: Don't Discuss Politics in the Office! (This is why...)